This post is one part of the Watchdog Series.
Choose your weapon

Before you start creating the script you have to choose a scripting/programming language. I started with BAT-Files but later ported everything to C# because it runs faster and you have more functionality. 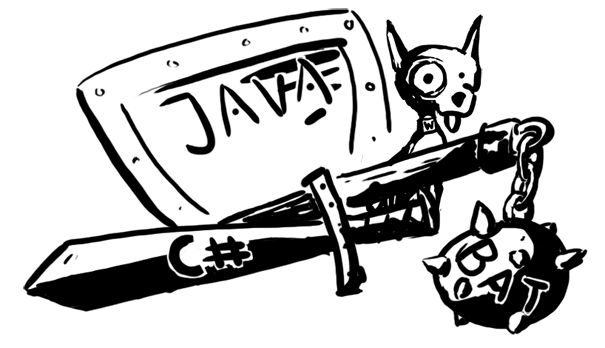 The BAT-Syntax is sometimes a bit cryptic. For example this %%~ni (BAT) and this Path.GetFileNameWithoutExtension(i) (C#) does the same, where I think the latter is better read-able. But it was possible to do everything within a BAT-File, so if you have no idea about other languages, give it a try!

Both programs require some parameters and that’s why we created a BAT-File for each containing only one line and which look like that: 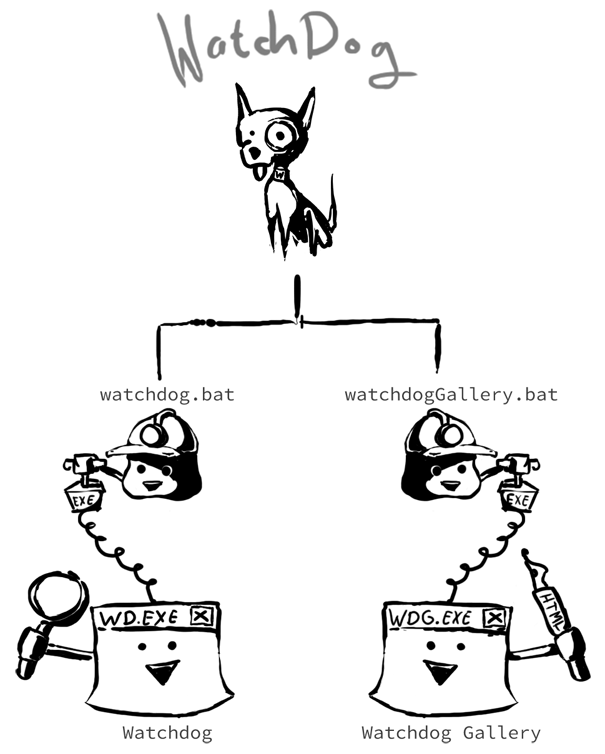 Both BAT-Files are executed every night by our build server. This should enough dry theory, let’s have a look how it actually works.

Continue with the next part: Make the game make screenshots.
Leave a reply