This post is one part of the Watchdog Series.
Make the game make Screenshots

The first step is to make the game create screenshots. In X:Rebirth we had already a screenshot function that could write out PNG, BMP or JPG and we had a scripting language BUT both were not connected!
So the first step was to get a bit time from the code department to have a script-command which would jump to a specific location (line 2+3) and create a screenshot (line 5) like this one:

The last line holds an important information: AddDirectory. You tell the script to create a new directory for every “jump-point” were it creates a screenshot. This is useful because with that you’ve all screenshots in one directory and you can browse through all images with any standard image viewer.

Here you see that the names can get quiet long, but that shouldn’t be a problem. Don’t think too much about the names, I’ll explain details later.

The files itself are named by the game! It’s done in a way that if you sort by name you get a chronological order. By the way: The TXT files you see wouldn’t be necessary if you only want to compare images but they contain information like the universe-position and FPS. Why this is useful, will be explained later. 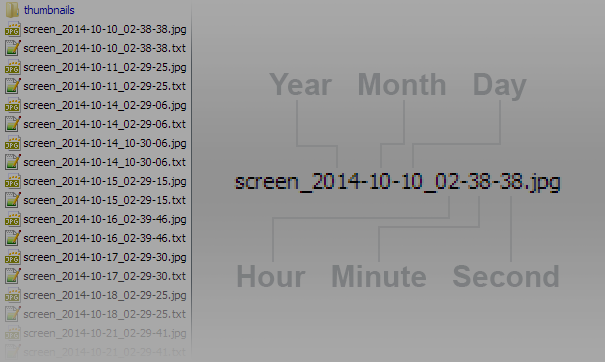 Continue with the next part: Take Screenshots.
Leave a reply