Do you know the situation when you read or hear about a game design idea and think:

That’s the stupidest idea ever thought of!

But then you actually play the game and suddenly it makes *click* and you feel how great the idea turns out. This happens quiet often to me and I’m fascinated by my own incompetence of judging a game design beforehand.

Nowadays this leads to respect for game design and being careful before judging something. But when I was younger, I was really good at being a

When I was ~16 I liked to play games like Baldurs Gate, Fallout and Silver. These games had some simple rules like this one: 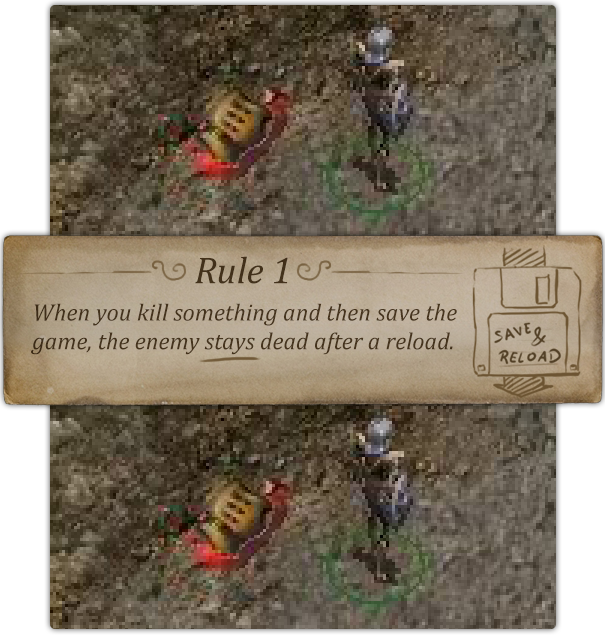 Sounds logic, doesn’t it? Here’s another one: 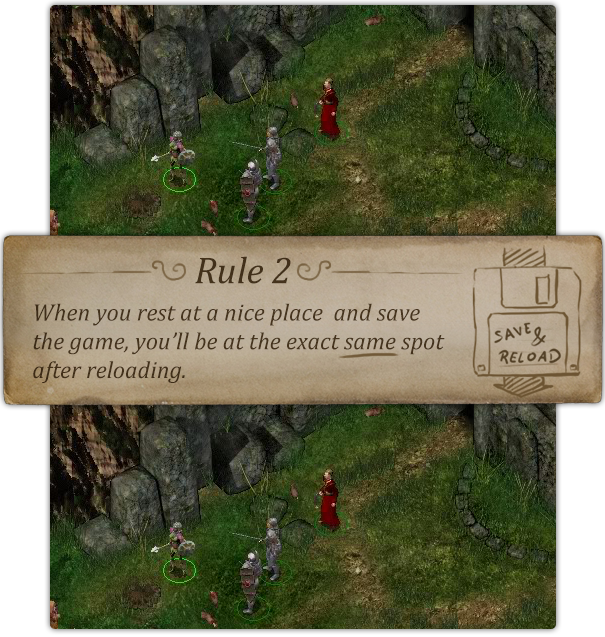 So, I came from this homely world of clear and logic rules and felt save and protected.

One day Diablo II was released and friends suggested it to me. I already read a bit about the game and knew some of its rules but like a good hater I didn’t play it only for a second!

Here’s an example for a significant rule: 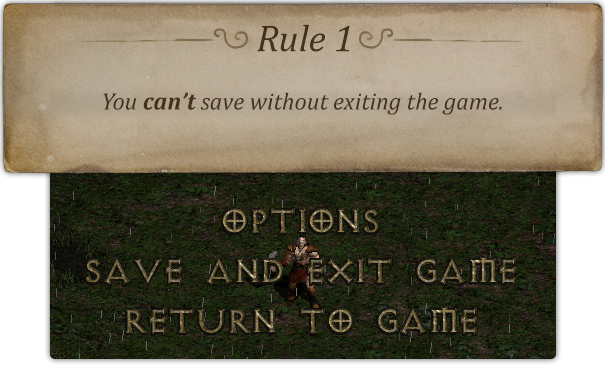 This would be enough to rage-tweet about the game but Twitter didn’t exist at that time. Let’s have a look on another rule: 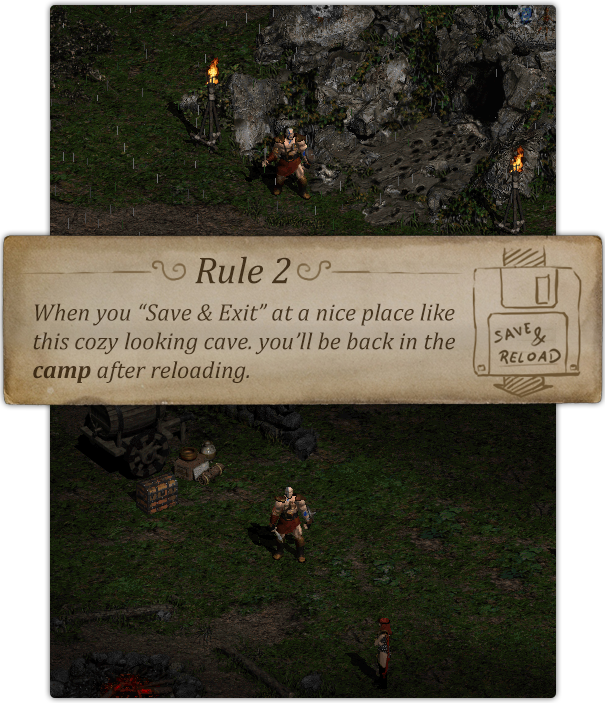 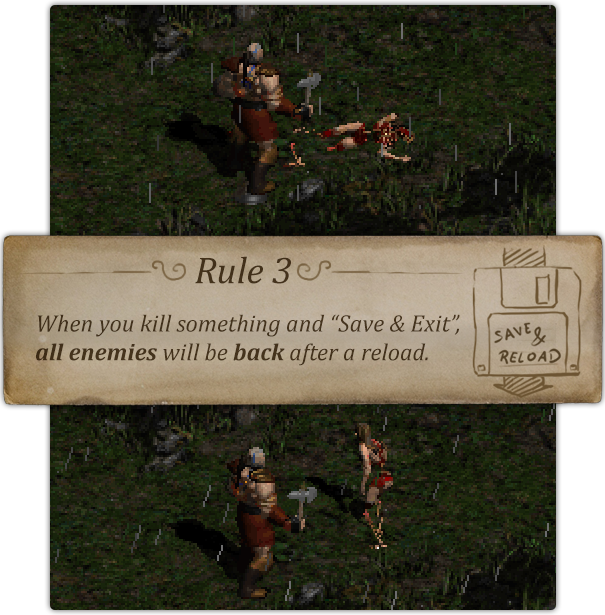 Remember: I didn’t even touched the game but why should I? The case is obvious. It’s *cow-poop* from hell and my observations are well-grounded enough to have a strong arguments in discussions.

When friends suggested the game again I was like … 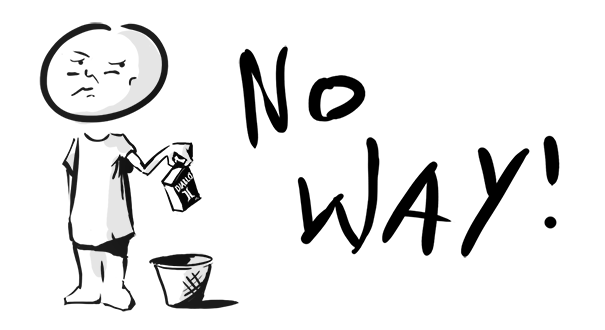 But one day I had some spare-time and a friend borrowed me his CDs and yeah…why not? So I got my notepad ready to write down even more details how shitty the game is to have even more arguments in discussions and did the first click in the Diablo universe …

I got totally converted and played it for years. The rules – as stupid as they sounded to me at first – where perfectly fitting into the master plan of the game. I was happy about every respawning monster to get its XP, the camp-respawn wasn’t so bad because of the waypoints you could jump to – which sometimes where itself a motivation to play a bit more to find the next one.
Even the unfamiliar “Save and Exit”-mechanic was OK to me because the game crashed only once or twice in the years of playing and even then it was auto-saving in the background.

Well done Blizzard! You not only slapped my own hatred in my face, you also made me become a big Fanboy and be very careful about judging. In general, not only related to games.

If you guys have similar experiences, I would love to hear them! Feel free to write a comment or a mail or a tweet! :)

Update 1
Thanks Tim Skafte for mentioning this fantastic talk about the game design learnings from Diablo III. A “must see” I think! <3

Update 2
If you want to read something really in-depth about Diablo 2 Game Design, you should check out Reverse Design: Diablo 2!
2 Replies