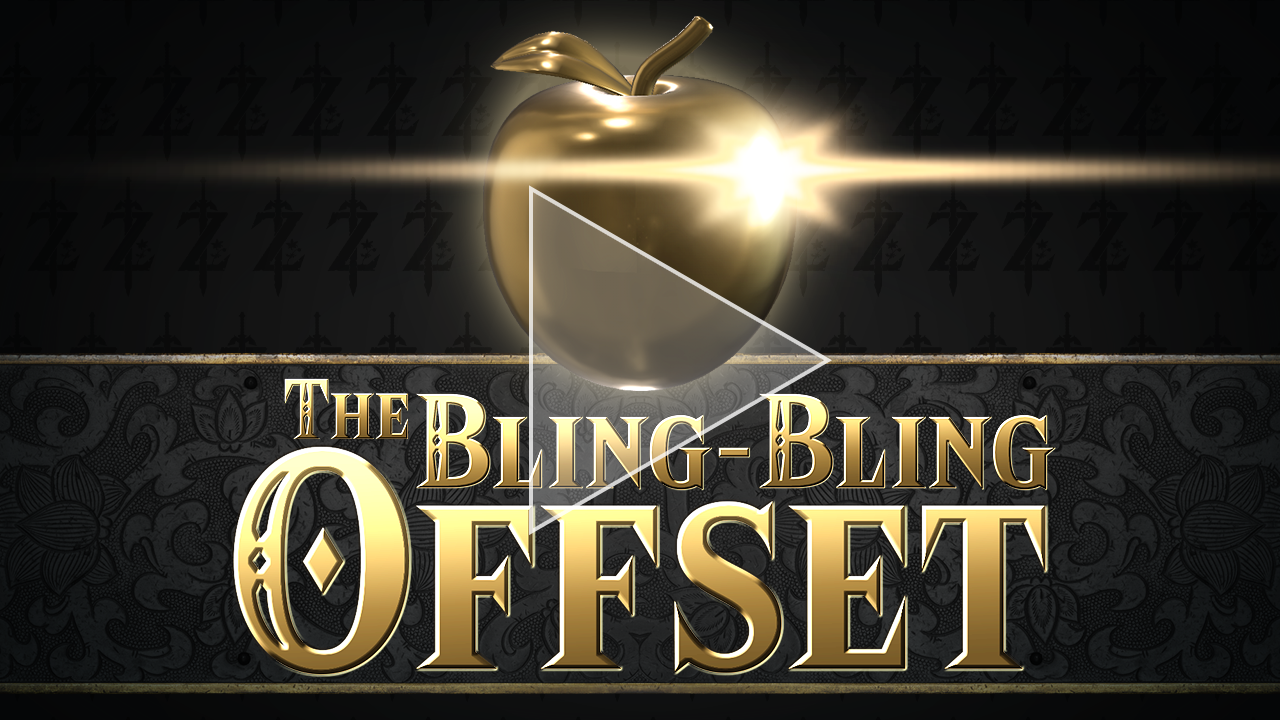 Welcome! Today we’re going to talk about: An apple.

Actually, it’s not directly the apple, but the bling-effect on the apple (from Zelda: Breath of the Wild) we’re interested in. Notice, that we still do see the effect even when the apple is hidden in high grass (right side of the video)!

Before I present you why all of this is not as easy-peasy as it may seem, let’s watch an example why such an effect can be very helpful to find an item in grass:

As you just saw, it can be hard to find items without a little help. In Sacred 2 we solved the problem by adding column-like effects which where higher than the surroundings:

Now that we know why such an effect is useful, let’s look at the effect in Zelda and the two major problems they had to deal with.

The first problem: Our object could be occluded when put into high grass (and therefore the effect as well). But for some reason we do see the effect even through grass in the Zelda game:

That’s very cool. But, how did they do it?

I would have expected a behavior like below, where object and effect get occluded by the grass blades:

Let me quickly present three initial ideas for solutions which came into my mind:

Spoiler from Future-Simon: The following three theories are wrong.

My initial idea: Could that be a lens-flare? Lens-flares get drawn on top of everything (because they are a phenomenon occurring within the camera and therefore drawn in front of the whole scene). As long as no grass blade hides the effect, this would work…

…but the lens-flare would disappear as soon as the effect gets occluded:

Another idea: Maybe they draw the effect always on top of the whole scene.

Hm…OK, bad idea. As you saw, if a totally different object (e.g. tree) is in between the camera and the object with effect, the latter would be drawn on top. That’s not so good.

Could it be a very special grass-material? Where only the effect is allowed to be drawn on top but everything else is not?

Nothing of that is correct. It’s just a prove that I tend to think too complicated. The Zelda-developers did a very simple (but in my eyes genius) trick to overcome the problem. Are you ready? Here it is:

The object does not get modified but the effect-position gets moved upwards depending on the surrounding:

Below you can see this in more detail: On the left the effect is directly at the apple (because the game detects somehow, that it lays on solid ground without grass), while on the right it’s slightly moved upward because the apple lays in low grass.

It gets more obvious when we look at really high grass. There, the effect is offset about a huge amount (look at the UI, it shows where the apple actually is, while the effect is way up in the air)!

Isn’t that amazingly simple? And it works so well! I never noticed that trick while just enjoying the game. Usually, while running towards an item, the UI-Hint for the “Pick up” appears early enough and then I press the button and just collect it. Do you notice the difference between the object-position and effect-position in this video?

Here I marked it to see it more easily:

Very. Well. Done! I really love this simple approach and I hope you liked it as well! Now, let’s look at the second problem.

Let’s look at the apple again. Do you notice something?

The question should be: What do you not notice? Usually when placing particles near to other surfaces you can see clipping happening.

Here I spawn a particle on a sphere-surface (the blue sphere-wireframe) which covers the volume of the apple. We see, that the particles intersect with the surface or are spawned behind the apple.

One idea to fix this could be to increase the spawn-area:

But now it floats in the air beside the apple and still appears sometimes behind the object.

So, how is it done in Zelda?

I got only one idea to fix this: “Pivot Offset” (Unity) or “Camera Offset” (Unreal). Here again our problem scenario: The Particles are spawned near the object and therefore do clip/intersect with the apple or appear behind it:

And here is the solution:

This little trick avoids the clipping-problem and still keeps the particles within the silhouette of the object! It’s an amazing simple but effective solution.

One thing which can happen though: When the camera gets inbetween the offset particle and the object, the particles “disappear” since they are now behind the camera:

The offset is a powerful trick. Not only to prevent particles from clipping like below …

… but also to spawn particles behind an object (instead in front by) which gives the impression of an aura:

Just for comparison, here is the same thing without the offset:

And here is how you setup the camera/pivot-offset in…

I hope you liked this little trick as well. There are no more ticks to show but some additional observations i made during investigating the topic.

Here are the two little observations which might be interesting.

Long Items: Not every item in the game is round like an apple but every item has the bling-effect. Long weapons for example are an extreme case. Looking at them from the side works perfectly fine – note that the bling is only created in the center area of the weapon:

Looking at the weapon from narrow angles reveals that the offset isn’t big enough to push the bling-effect in front of the blade and therefore we can see intersections:

Lens-flares: In a cave I found these sparkling stones and you may think it’s made with the same tricks like before:

At first, I thought the same, especially after climbing on the rocks and seeing the blink-effect appear in front of Link. This is the offset, which pushes the effects nearer to the camera:

But then I saw that the effect is actually rendered even on top of the little flower which is very near to the camera and therefore far away from the rock (and its effects). Remember: The offset-trick should only be used for small distance to avoid, that the camera suddenly is behind the effect!

Here is a zoomed image where you see how the effect is rendered on top of the flower: 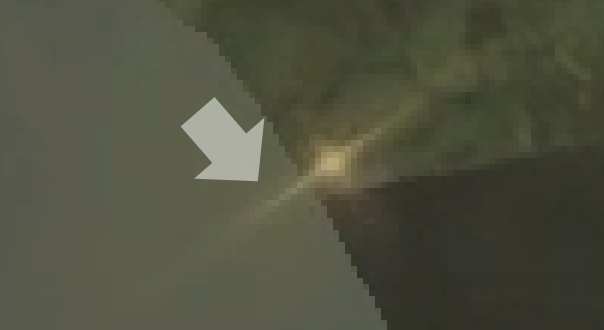 Zelda: Breath of the Wild

Remember, the other effect was rendered on top of its assigned object (e.g. the apple) but if there’s an independent object in front, the effect would be occluded. Here for instance we have Link is standing on front of the apple and the effect is never in front of Links leg:

That’s why I have the suspicion, that these effects are real lens-flares!

Thanks for reading, I hope you liked it and wish you a nice day!
Simon

7 thoughts on “Zelda – The Bling-Bling Offset”