This is a really spontaneous post and it was initiated by this observation about Fallout 3: 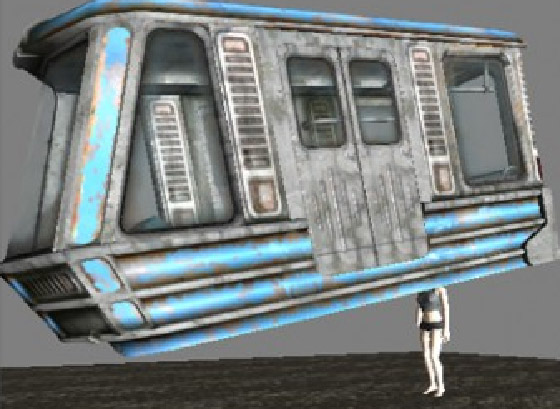 It made me remember a small trick one of our level designers told me when we were working on Sacred 2. It’s not as crazy cool as the Train-Hat, but I liked it a lot.

Here you see a dungeon entrance and the level designers made it so that the bright white area “bleeds” into the level like sunshine flooding through the entrance (I’m not talking about the rays, only about the overglow):

That’s not really special. But would you expect such a wireframe in this scene? 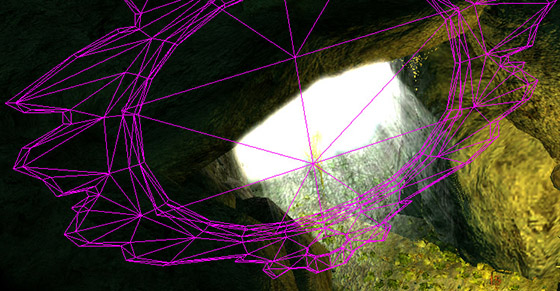 Yes, there’s a giant mirror sticking in the wall and you’ll find this mirror at almost all dungeon entrances. 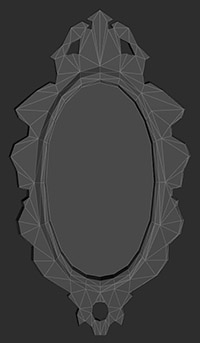 So why is that? It’s simple: Level Designers were able to scale objects and the normals of these objects where scaled too. We didn’t normalize them after scaling which means in our engine: Up-Scaled objects got brighter, Down-Scaled objects got darker. The mirror was made for hanging in a living-room, but they scaled it up and got a bright glowing surface out of it.

I mean, in general I don’t like that an engine has such a flaw (if this behavior is normal, just tell me, but in the eyes of an artist, this is a bit weird :) ), but on the other hand, I really like how the level designers used the “bug” and at the end it was better that it never got fixed – dark entrances or a lot re-working would have been the result. :D

I hope you liked this small and light article. If you know cool hacks in your game, feel free to tell me. :) Thanks for reading!