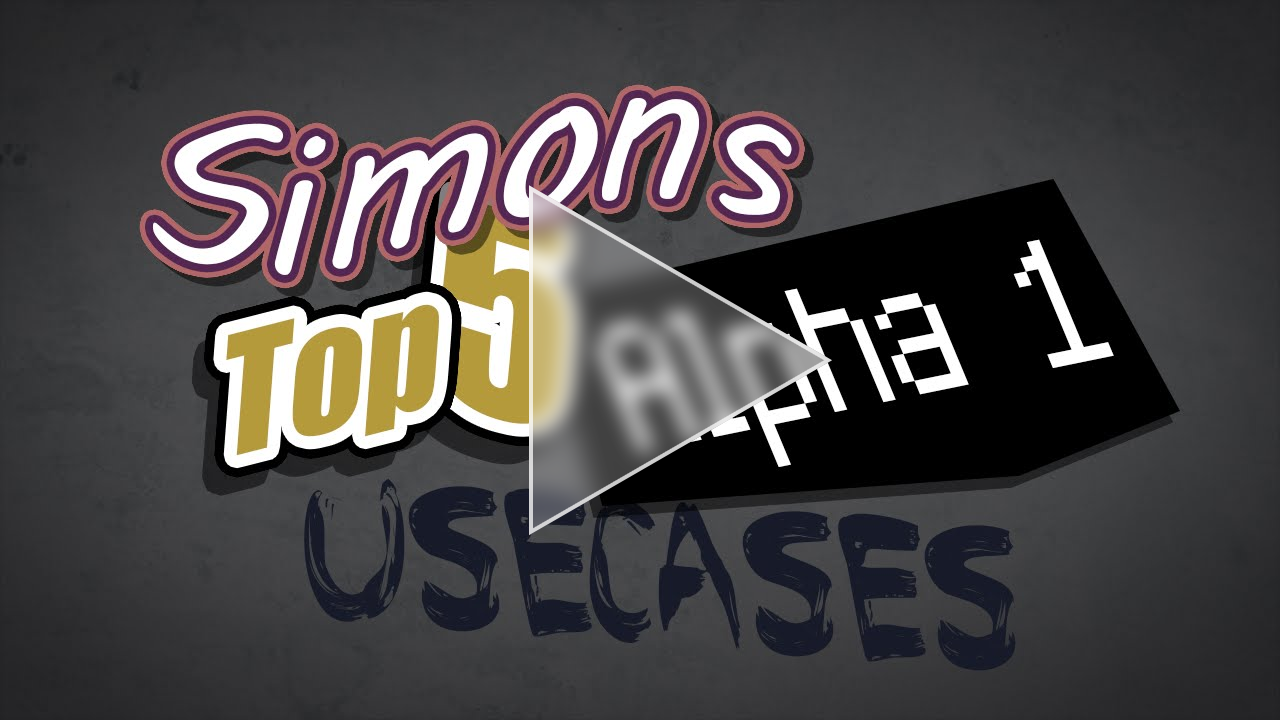 For me one of the hardest things while doing art is learning What makes things look good? For example: It is easy to notice, that the left sphere is missing a shadow to be “grounded” in the scene:

Now we’ve light and shadow in the scene and this means there’s nothing to improve, isn’t it? Not quite. The problem is that further improvements are more subtle but still add a lot to the quality.

Only if you learn about indirect lighting and soft shadows you are able to update the sphere like below (shadow fades and is soft, the lower part of the sphere receives a bit reflected light from the ground): 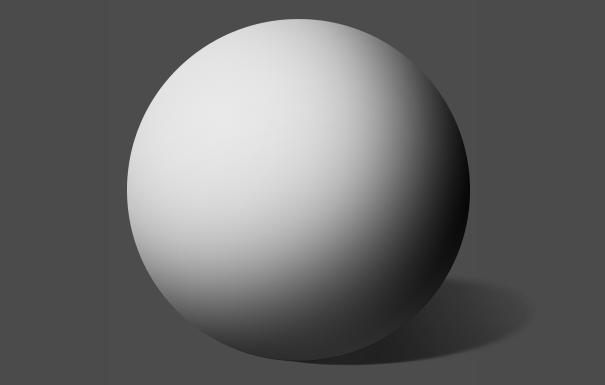 What I want to state is, that it’s often hard to say WHY something looks good or does not. Often you achieve big difference even if the tweaks itself are less remarkable than going from no-shadow to sphere-with-shadow.
Additionally many of these elements are hard to spot but easy to miss – if you don’t know about them already.

One way of getting the details right is using references (I described one method here). But today I wanna talk about a situation where I did not get it right even WITH references.

While working on Sacred 2 I saw some spiderwebs in the game which looked like this: 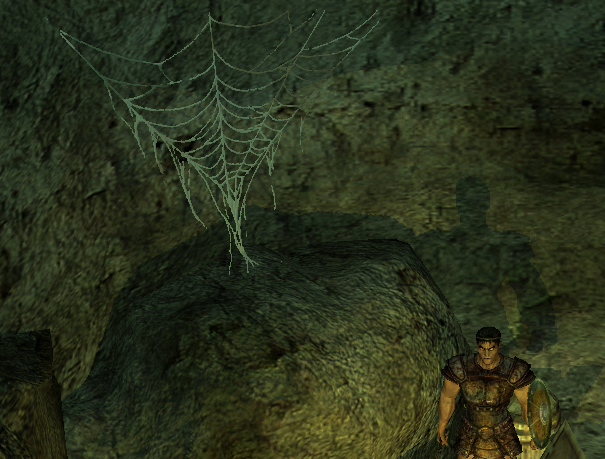 Just by counting the fact, this is a perfect spiderweb, right? It has the structure of a spiderweb, the strings “hang” really nice, the color isn’t out of place … so why did I think that it could be improved (but of course had no idea how)?
Even a quick Google-Search for “spiderweb” didn’t help me. The first results show spiderwebs how (I guess) everyone would imagine them and they look very similar to the ones in the Sacred game:

That’s why I didn’t have any improvement-idea and forgot about the issue until I played Diablo 3. I saw their spiderwebs and it opened my eyes: 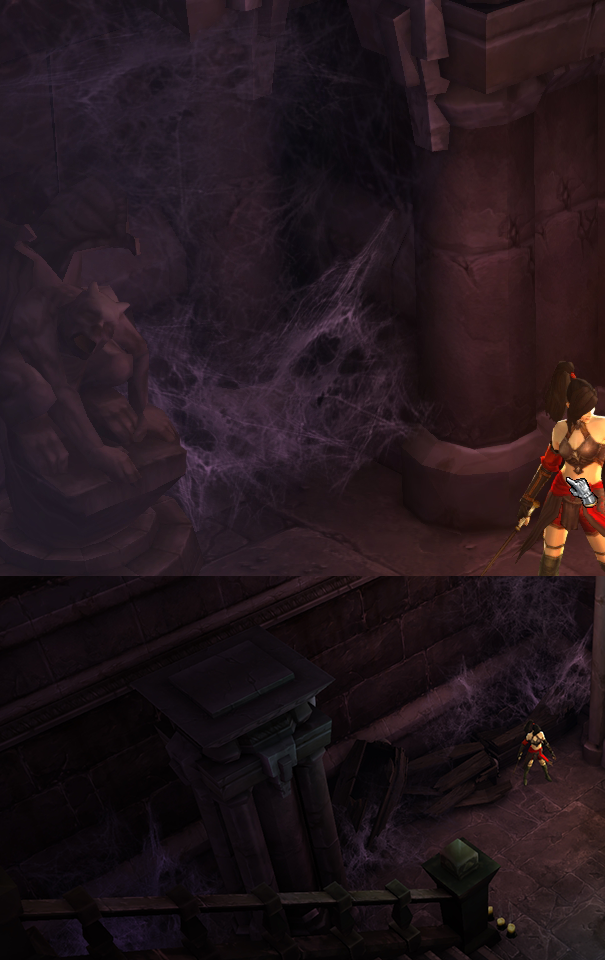 Later I saw spiderwebs in a Batman which even move:

Sometimes you have to step back to see the whole picture and it couldn’t be more true here. If you don’t watch a spiderweb in closeup (like I did) … 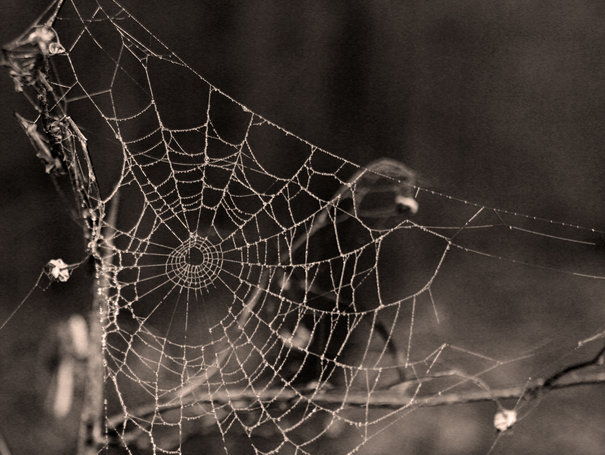 … but step back it might look more like this (OK this example is a bit extreme but I hope you understand my point):

With all these examples we can state that the Sacred 2 web has problems in the following areas:

I can’t remember why but for some reason we used a “hard” alpha-channel (alpha1, alphaTest) for the spiderwebs in Sacred 2 which didn’t allow smooth transparencies.

Here’s again the great Batman-Example how it could have looked:

But to be honest, back in the days I didn’t even think about suggesting a soft-alpha/alpha8. I just didn’t have the eye for seeing what’s missing, for knowing what technology would be necessary and I didn’t make a step back (and searched longer for references showing spiderwebs from a certain distance) to see that there’s something wrong with the scale.

The Diablo spiderwebs where eye-opening to me and the Batman games spiced it up even more. Here are more examples for moving webs:

It wasn’t really a “trick” but I hope you liked it anyway. :) Maybe you’ll find it useful if you have to do spiderwebs in the future or you can understand/appreciate the problems we artists sometimes have.

Update 1
loginatu mentioned that spiderwebs may catch a lot of dust and send this example:

“The Sacred version is not necessarily bad, spider web and specially aged ones gather dust over time and they get that old, heavy look, especially in caves or old enclosed spaces”

“[…] You see this a lot in other media where the portrayal seems poor but it’s done to convey meaning rather than be accurate. Is this for the best? I don’t really think so but sometimes it works. Good example is hacking in movies. It’s always mashing keys to make lines appear on a console or windows pop up. […]”

13 thoughts on “Diablo 3 – The sacred spiderweb”