Could you introduce yourself to us? Where do you come from, what do you do, what projects have you worked on?

I’m Simon and I started programming with QBasic and Pascal when I was young (here are examples), realized that coding is hard, change to 3D art but always kept my interest for the technical side of making game which now culminates in being a VFX artist – a profession which combines art and tech very well.

Professionally I worked as 3D Artist on Sacred 2 and X:Rebirth and as VFX Artist on RiME, The Invisible Hours and now on WiLD. 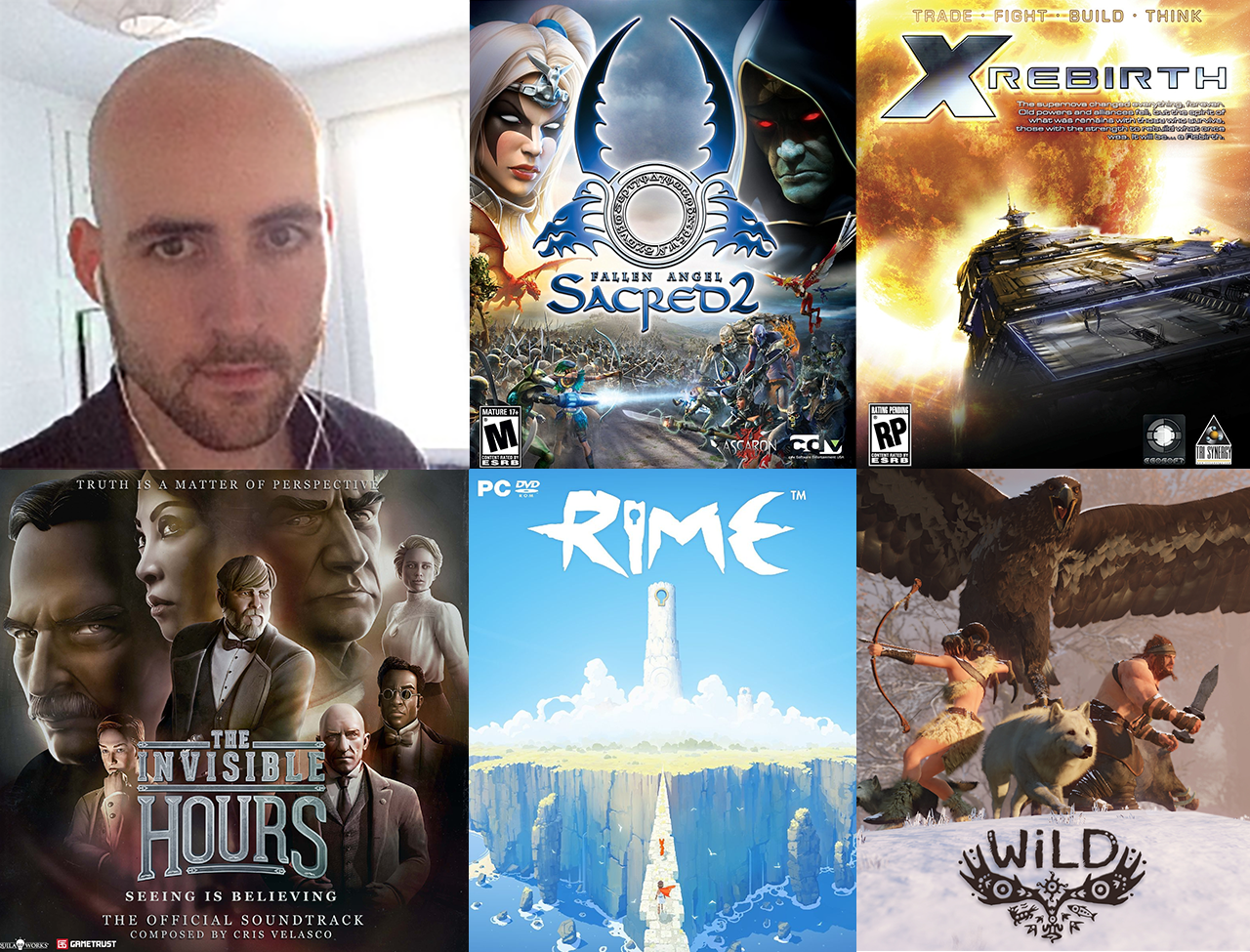 How did you start working with Houdini in the first place?

Houdini and me got friends during the work on The Invisible Hours where I needed to make a small liquid simulation which could paused, reversed and played forward in realtime (because in the game you can stop, reverse and forward time). This was the result:

I had no idea how to bring a liquid simulation into Unreal but luckily an amazing tech called “Vertex-Count-Agnostic Morph Target-Based Fluid Animation” was just implemented into Houdini and so I was able to get my fluid simulation into the game. The technology was originally developed by Norman Schaar.

If you want to know more about the implementation, you can watch this section of my talk “Cool Stuff with Textures”.

Could you talk about the main task of your project? What do you want to achieve here? What are you trying to build?

Ok, let’s talk a but about the main thing that allows us to craft these big procedural places. First of all, how did you build the lanscape? Is it generated from the Lndscape tool in Houdini? How did you craft it?

What is the way you’re building the river itself? There’s a big spline that sort of guides the river? How is it actually set up? What are the things you can do here with it?

The first steps are 100% copied from Bens tutorial and they are fascinating. First, you create a spline and let it “fall down” on the terrain. This is done by reading the height of the terrain at the spline-point-positions and then moving the points to this height: 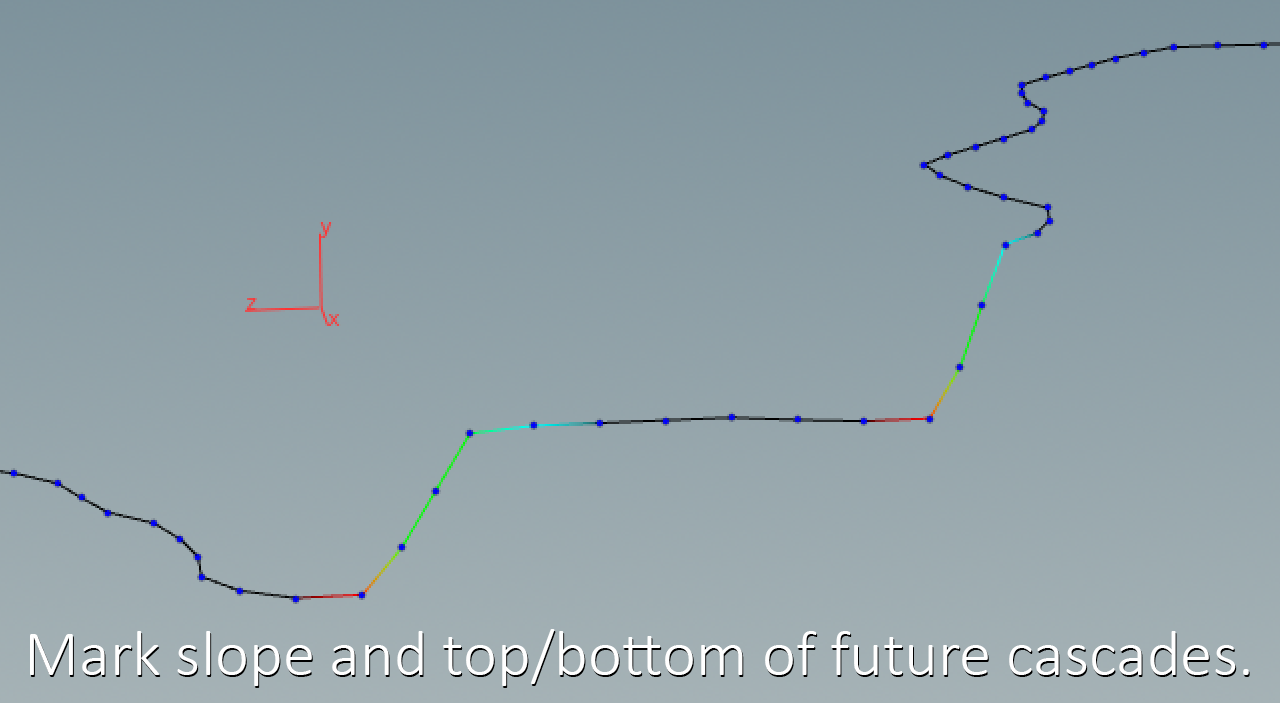 How did you manage to achieve the deformation of the landscape where the river flows? This looks really interesting! What is the way this deformations take place? 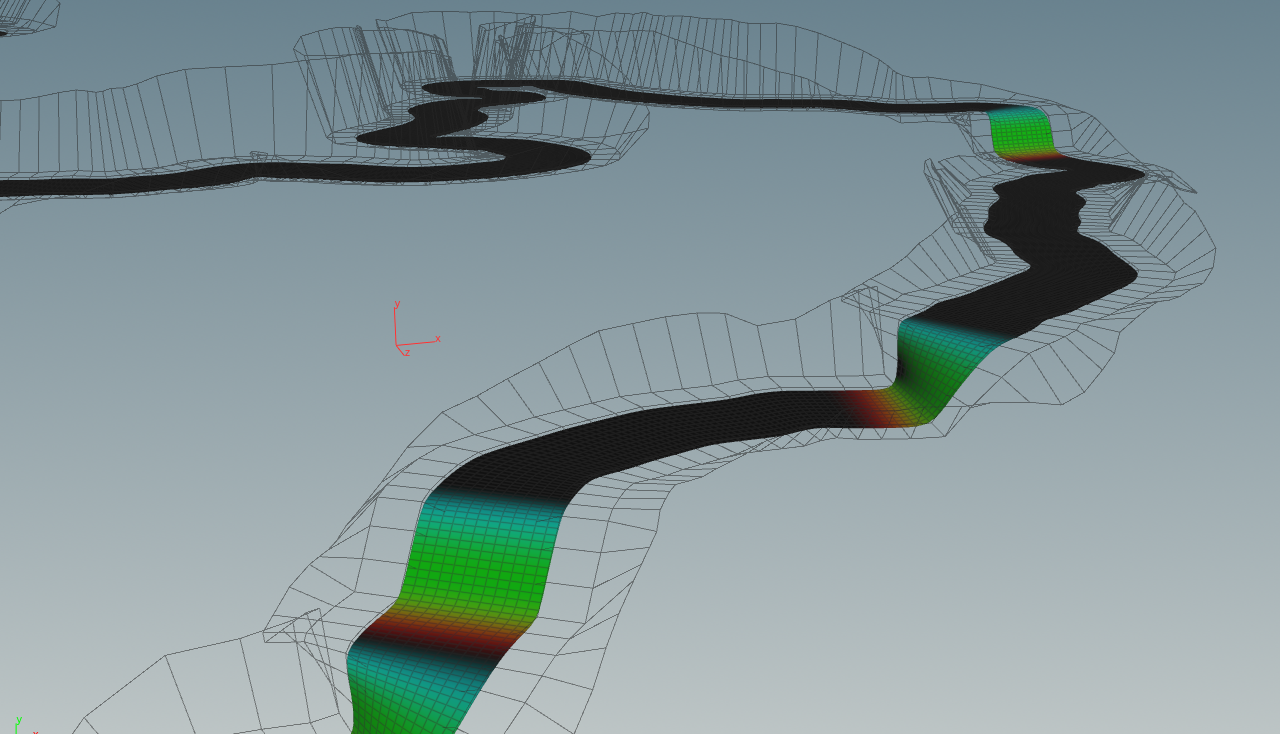 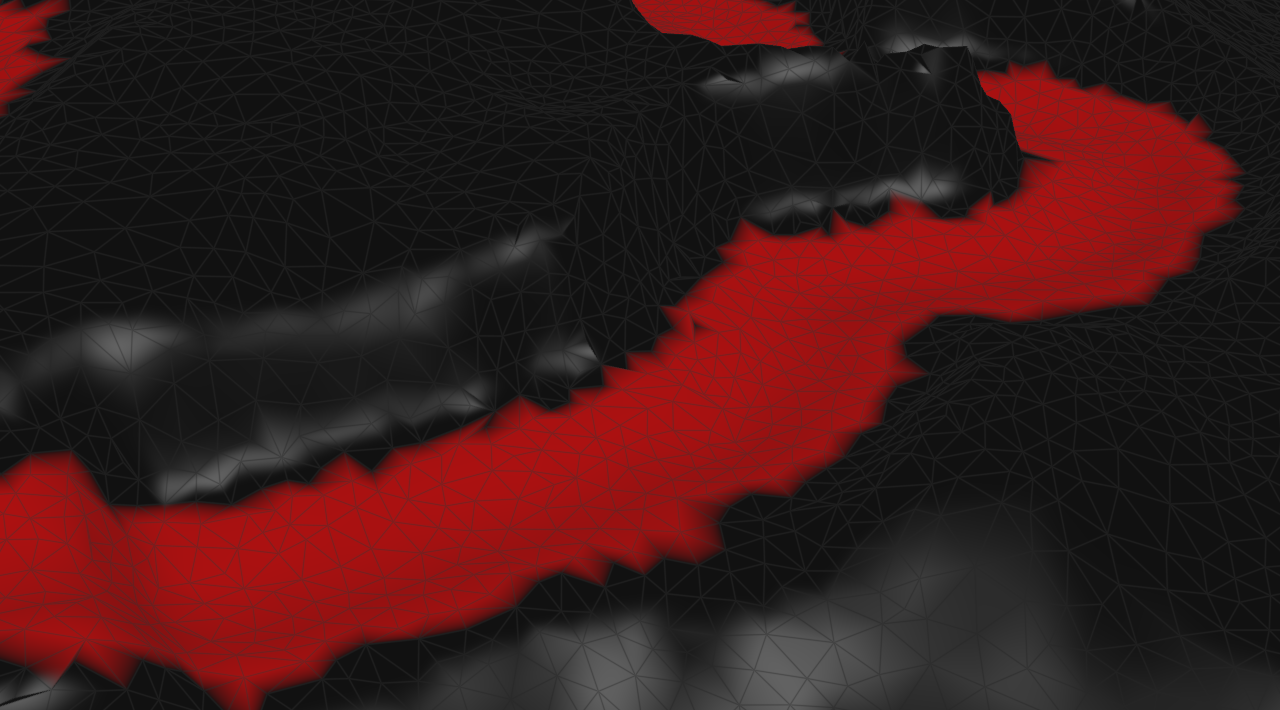 Here you see how it looks when I exchange the dummies in Unreal:

How are you going to prepare and export this project into Unreal? This seems like an excellent way of doing it?

Overall, how difficult is setting up this type of asset and using it in games? I believe ti might prove most useful for developers, but many might be taken aback by the complexity of the whole thing.